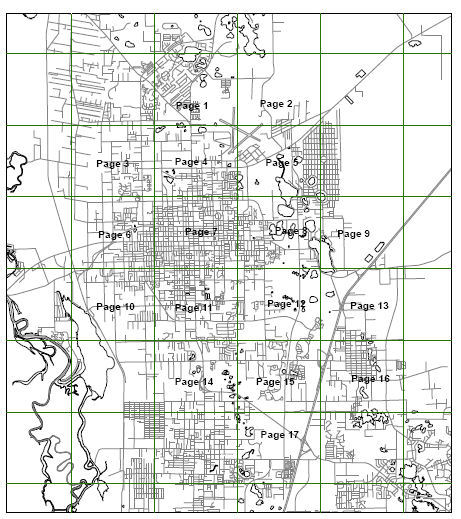 An “introductory” workshop was held, that presented the Smart Growth efforts that have been developed over the past several years in Volusia County and their impacts on DeLand. The workshop was lead by Rafael Montalvo, of the Florida Conflict Resolution Consortium, who has been working with the County’s Smart Growth Committee. Mr. Montalvo brought everyone up to date on the county-wide effort and staff presented items being pursued by the City.

The workshop presented some examples of Smart Growth efforts around Volusia County as well as other areas around Florida and some anticipated trends facing the City. The majority of the workshop was devoted to discussing various development concepts that the City may want to pursue and areas for future development or redevelopment. The workshop provided initial guidance in developing a future land use vision for the City.

This workshop was a precursor to DeLand’s future vision exercises that will engage the community to participate in the creation of the final version of the vision. Four land use concepts or scenarios were presented to initiate discussion. No one concept was intended to completely address the vision, but rather present different aspects from each concept that could be incorporated into the vision, which would ultimately be taken to the public for their input and comments. The consensus of each scenario will be compiled into a form that will be presented at the last workshop, to finalize the concept to take to the public. The following are the points that received consensus from each scenario:

Desirable traits identified from the four scenarios have been compiled to create one land use concept for additional comment. This latest concept is intended to provide the flexibility needed for looking far into the future, while also providing enough detail to guide where and what type of development should be constructed. A discussion of developing guiding principles for the vision was presented, along with the map of the land use concept. A public participation program to gather community input on the vision was also be presented.

Below are the major traits from each of the scenarios presented at the third workshop, which the participants desired to see in the final concept.

Below are general comments that were stated at the workshop, that were also incorporated into the fifth concept:

The fifth scenario has been created to incorporate the desirable traits of the various scenarios discussed during the workshops.  A new map has been created to illustrate the land use pattern, as well as a set of guiding principles that can be used to implement the vision by suggesting future Comprehensive Plan amendments and changes to the land development regulations.

The fifth scenario is the first draft of the vision and will be referred to as DeLand 2050. The land use pattern will concentrate development in a high intensity urban core, generally located inside the Greater DeLand Area (GDA) boundary and the southeast area out to I-4. This pattern will limit urban sprawl by encouraging high intensity redevelopment in and around downtown but also along several commercial corridors. Certain sections of suburban development can be redeveloped (or retrofitted) to allow different housing types throughout the community.

The overall pattern for the DeLand area will be a compact core with small neighborhood centers of mixed uses scattered around to make the City more walkable. Corridors will be redeveloped with higher intensity uses to facilitate transit. Residential density will be increased near these activity centers and along the corridors. Key employment areas will be surrounded with support uses as well as residential uses. SunRail may continue to Daytona Beach with a spur into the center of DeLand causing redevelopment of the rail spur into a mixed use area dominated by residential. Unique districts will be created to provide for or foster unique neighborhoods within the larger community that need special regulations or facilities, such as the downtown, rail spur, educational, an art village, or historic areas.

The utility service area will see an increase of almost 50,000 new residents residing in approximately 22,000 units by 2050. This concept assumes the majority of these new residents are to be housed inside the Greater DeLand Area (GDA) or the existing city limits and steered away from the rural, agriculture and environmental areas. To help distribute these units, staff is recommending that the urban core area be expanded to include the southeast area out to I-4. This area was chosen because it is adjacent to the interstate and will receive the most demand for development outside of the GDA. The amount of land area inside the GDA is 16,800 acres (the GDA with expanded urban core contains a total of 21,200 acres); total acres inside the utility service area (includes GDA) is approximately 57,200.